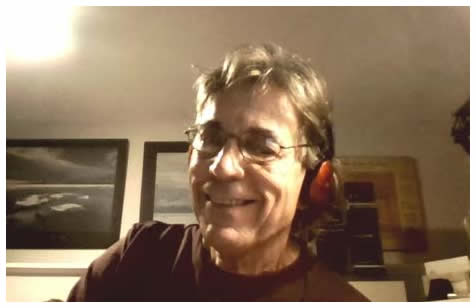 I grew up in the Montreal suburbs. One Christmas when I was 10, a little six-string suddenly appeared in my unskilled hands. I took to it immediately and soon had the basics down. The magic and addiction of the guitar have been part of life ever since. Maybe you just involuntarily nodded your head if you’re a player. Pointless to try to explain the feeling. It’s just there.

I had thought about music as a career, but even early on, I suspected I was a little too conservative by nature to rely on that particular dream in terms of economics. So, I followed less risky paths, one of which brought me to Nova Scotia.

These days I’m a player and a songwriter full time. It’s still the fun hobby it started out as, and for me it always will be a soothing fallback. The only thing that’s changed is there’s a bit of a business component attached to it, because now I have the time and means to devote to the pursuit. Better late than never.